Jennifer Sokol brings over 40 years experience as a private teacher to her violin and viola studio. A freelancer for many years in the Puget Sound area, she has performed with groups such as the Seattle Symphony, the Seattle Opera and the Pacific Northwest Ballet Orchestra, and is a member of the St. James Cathedral Chamber Orchestra. She does recording studio work for Seattle Music and other companies, and is the first violinist and manager of the Cameo String Quartet, performing many weddings and events each year.

In 1977, Jennifer was Concertmaster of the American Youth in Concert Orchestra and performed in venues such as Carnegie Hall, Royal Albert Hall in London, Victoria Hall in Geneva, and Notre Dame Cathedral in Paris. In 1976, she attended the Blossom Chamber Music Festival and studied with members of the Cleveland Symphony Orchestra. In 1979, she attended the Julliard String Quartet Seminar in 1979 and worked under the direction of Earl Carlyss and Samuel Rhodes.

Jennifer began violin studies at age 3 with Marian Schreiber, and was among the first group of Suzuki students in the United States. During those early years in the 1960’s, Dr. Suzuki often visited Seattle from Japan, and Jennifer studied with him at workshops, and performed in recitals with visiting students from Japan. At age 12 she continued private violin instruction with her father, Vilem Sokol, a professor of Music at the University of Washington, and also performed under his direction during his legendary years as conductor of the Seattle Youth Symphony Orchestra. Jennifer completed violin studies with Lawrence Shapiro at Indiana University, and graduated with a Bachelor of Music Degree in Violin Performance in 1980. 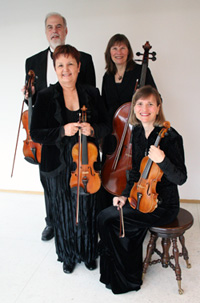